Once I rented a studio and equipment in order to photograph the cheap accessories I had collected and organize them into types. In front of my camera there was a brooch studded with plastics pearls, sitting modestly in the center of a white box. I bought it at the flea market that opens every other weekend near my house in Seoul’s Gwanak-Gu district. There had been a mountain of earrings, necklaces and other accessories piled atop a silver foil mat, all being sold for 100 won apiece. But the camera and lighting I had that day in the studio were professional advertising equipment, and the 100 won brooch made such a good photograph that even I was amazed at its successful imitation of luxurious jewelry. How might the other people who bought this cheap brooch have felt? Its rough texture, weak color, and sheen all created a beautiful display through the camera lens.

Another time, I picked up a fashion magazine lying on the table at the hair salon and found it calmly recommending a 10 million won necklace. The fluorescent lighting reflected across the glossy paper, making the gemstones look more brilliant, and the editor’s flashy description was tempting enough to convince me the necklace was worth owning. I took sentences from the magazine at random and placed them as descriptions under the pictures I had taken in the studio, arranging them without regard to content. I wanted to tear down the border between real and fake by attaching sentences that matched, if only on the surface, with those fake accessories. In the end all that was left were images in which the boundary between real and fake had disappeared, but I encountered the irony that as soon as I explained this project in words, real and fake were redefined. 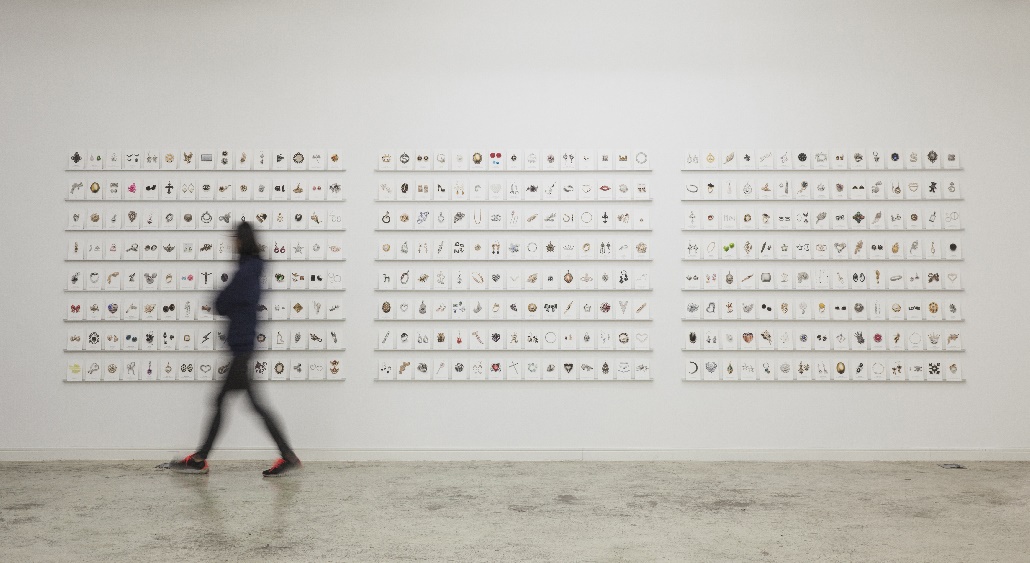 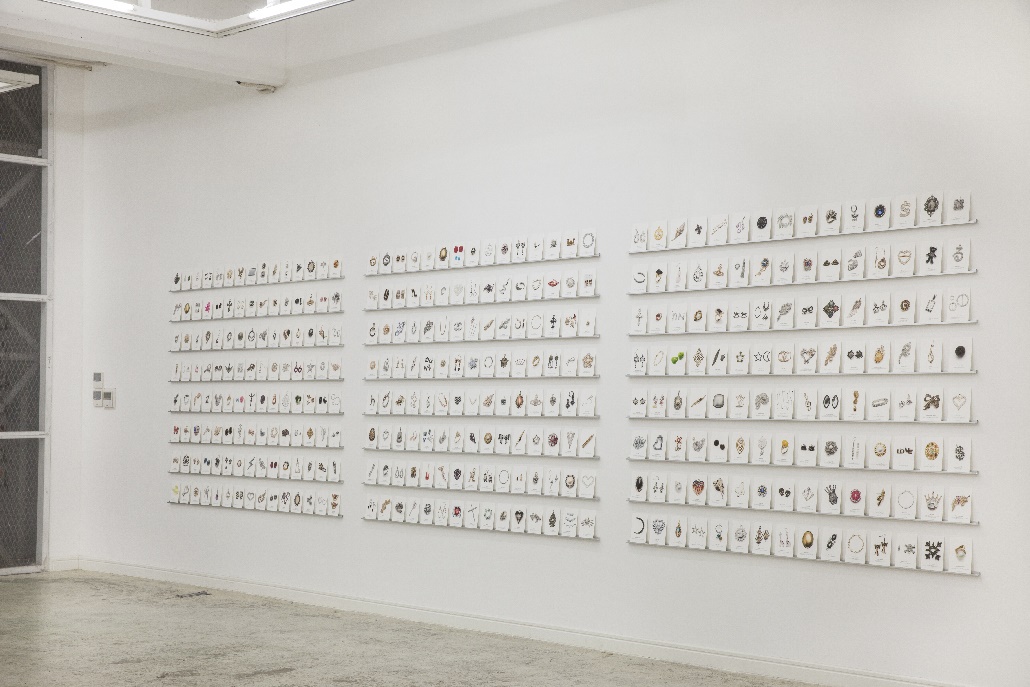 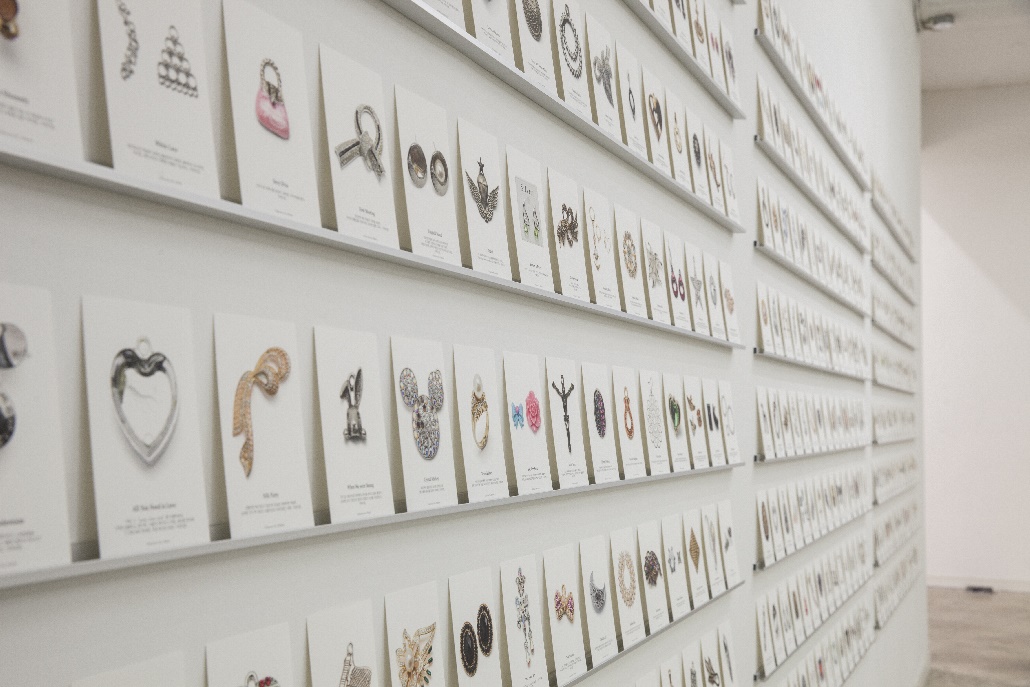 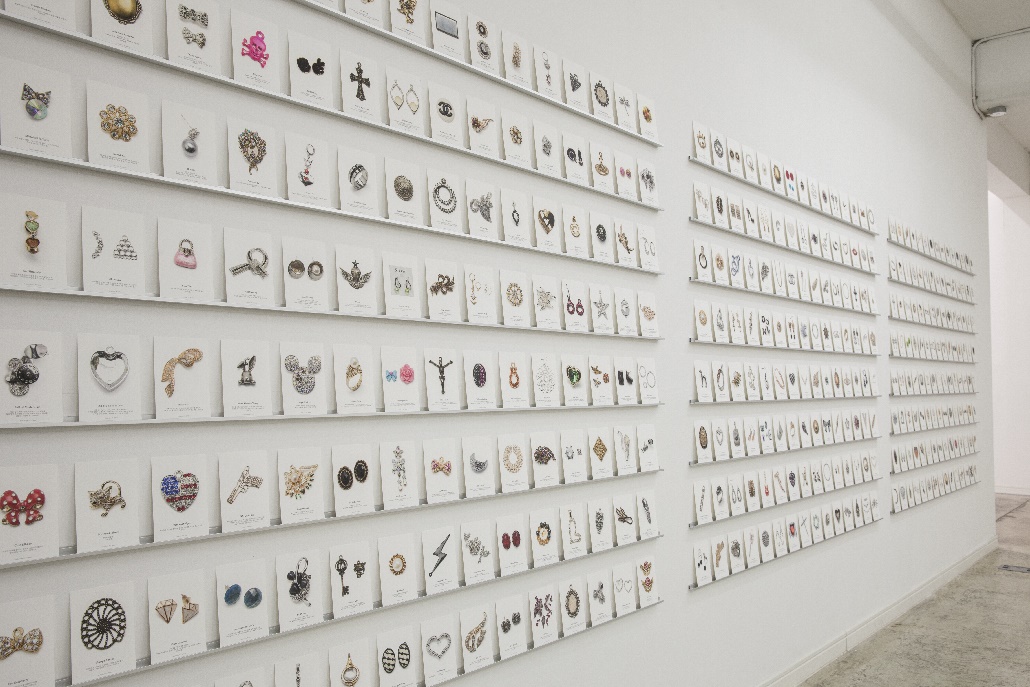 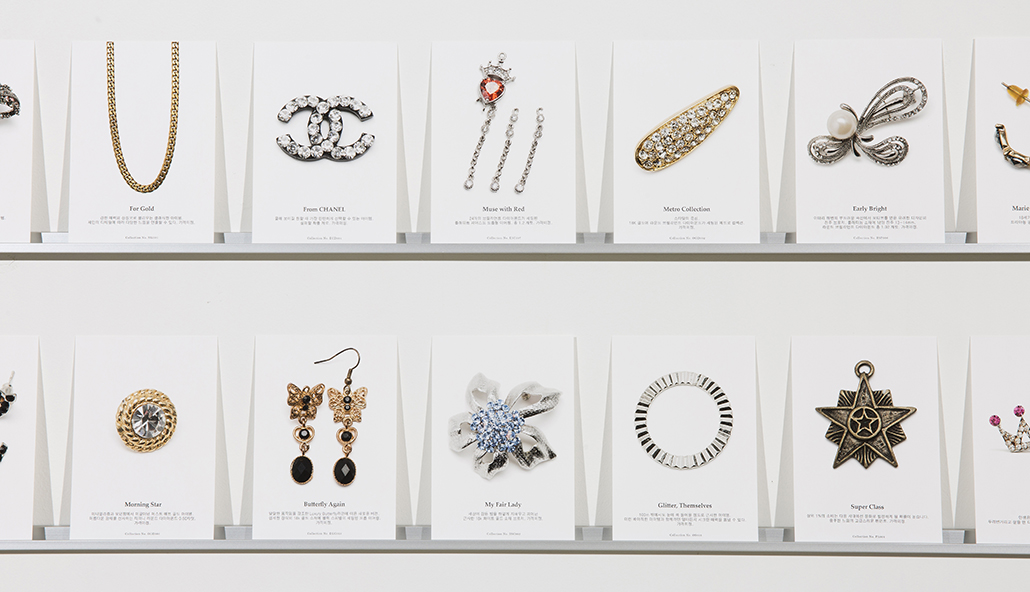 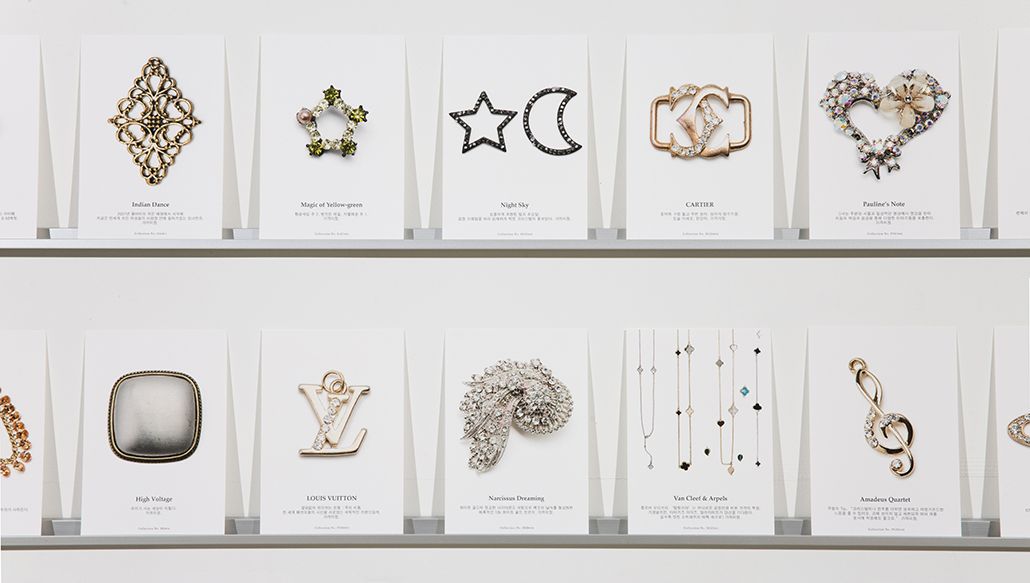 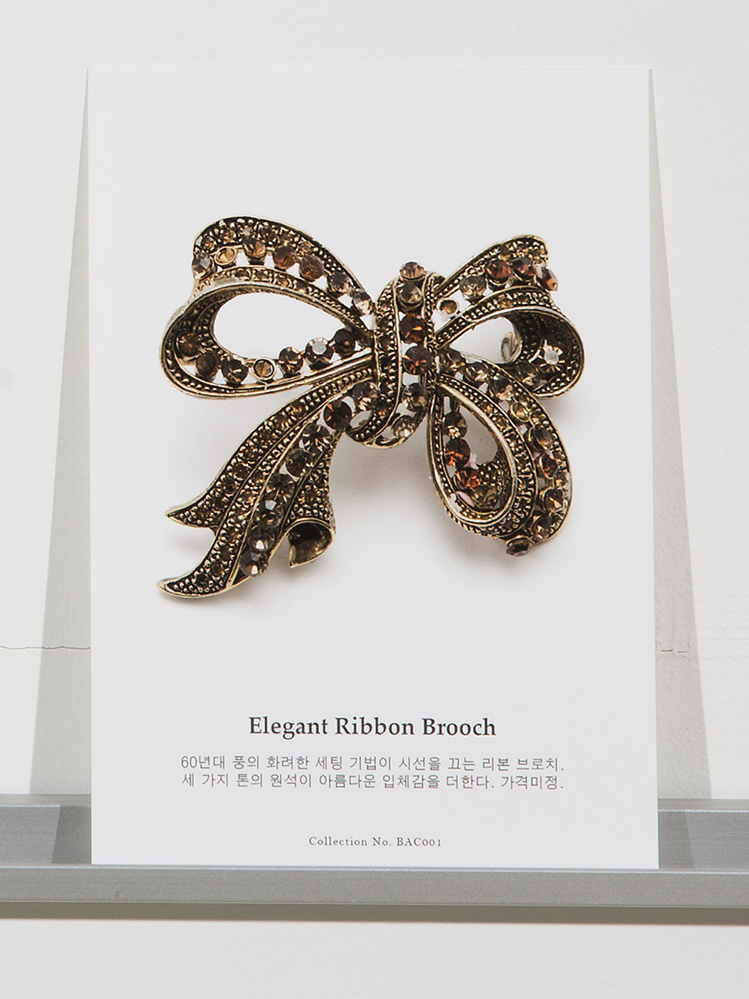 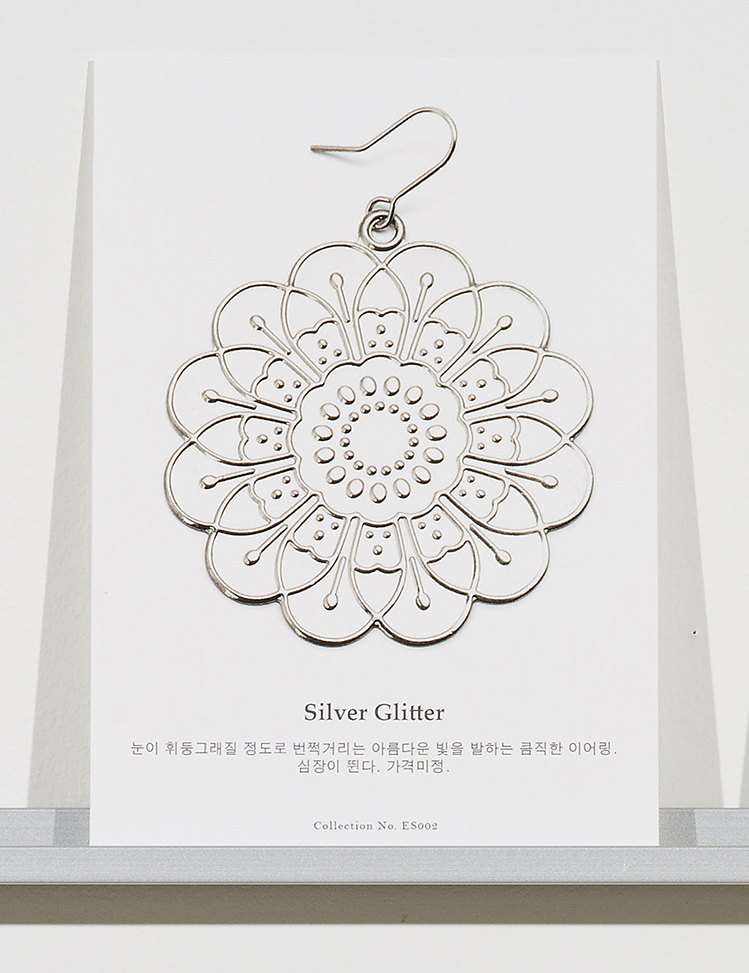 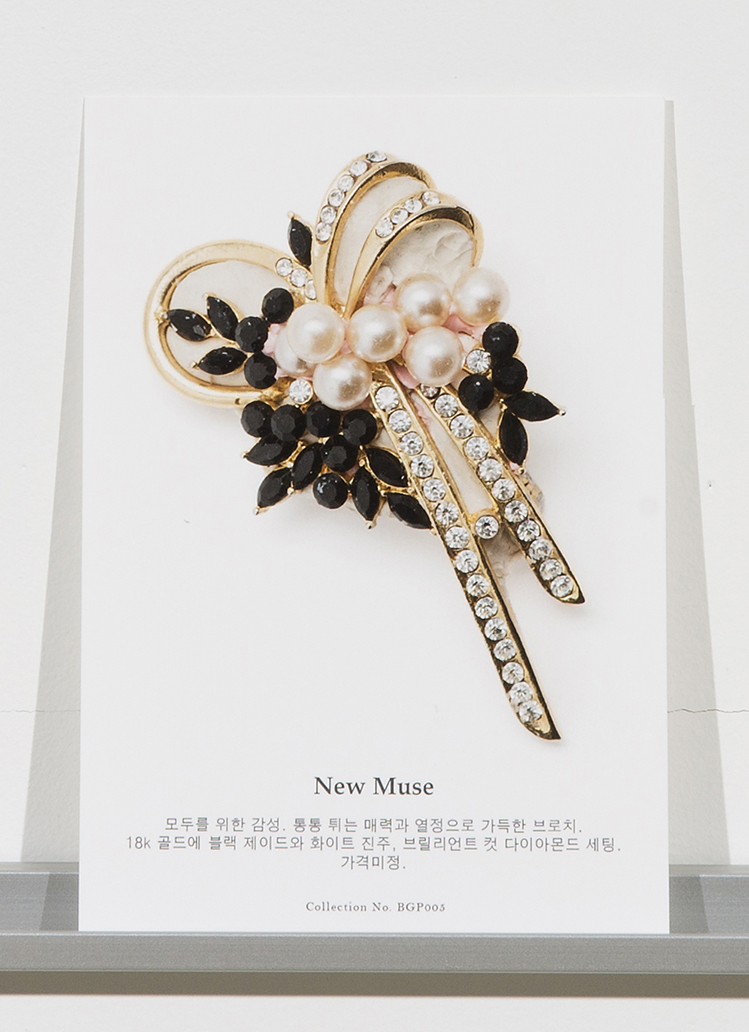